This is a place you can look for books to buy me as gifts, because I haven’t bought them myself … yet. 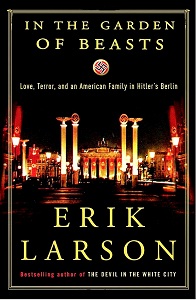